It belongs in a museum?

Two recently released, very limited products feature cut signatures from US Presidents and other historical figures inexorably linked to said office - such as significant others, running mates, campaign opponents, and Cabinet members, etc.  As you probably guessed, I am speaking of 2012 Leaf Cut Signature - Oval Office Edition and 2012 Famous Fabrics Ink - 1600 Pennsylvania Ave NW.  These boxes run for about $1400+ each retail at both brick-and-mortar hobby shops and online stores.  In fact, my friend just sold a case of the Famous Fabrics release at his card shop.  So, for around $1400 a box you are pretty much guaranteed an autograph card of a US President.  My question is: how do you put a price on history? 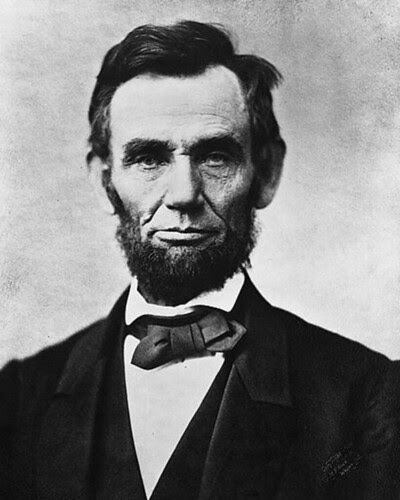 We have all seen cut signature products before.  From baseball or football themed products to movies and celebrity centered releases, there is something quite alluring about owning a piece of history.  After all, collecting cards is just that - hoarding history.  As well, sports and entertainment cards are (sometimes) one of those rare things that appreciate in value over time.  We collect cards in part because those small rectangles of cardboard mean something to us.  They are individually significant in myriad ways and come to symbolize some sort of facet of time, whether the card bears meaning to a moment or place in the collector's memory or even if it serves to represent an event or achievement in the life of those depicted.  We also collect cards in part because we hope they will be worth more, some day.  None of this is a surprise.  What bothers me about certain cut signature releases though - especially something like Leaf Oval Office, Famous Fabrics Pennsylvania Avenue, or last year's Horrors of War - is that it does not seem quite right to essentially desecrate and cut up documents with incredible historic value for a consumer product. 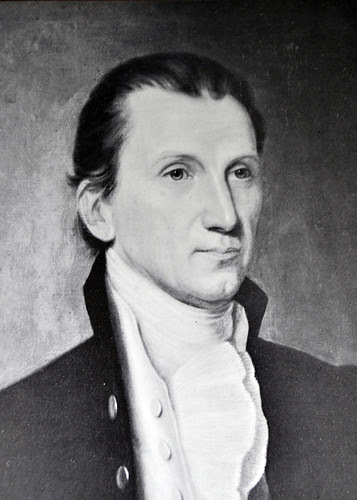 Now, I almost purchased one box of Horrors of War a few months ago.  Price was the smaller factor of why I did not go through with the purchase.  In the end, it just felt wrong for me to support a product that chops up significant historical items.  A hobbyist with means and morals?  Yetis, unicorns and dragons!  The world is ending!  I kid though.  I do not deem to place myself on such a pedestal.  Nevertheless, I am still tempted to buy a box of Horrors of War every time Blowout Cards lists it in their weekend deals.  My thoughts and desires have betrayed me... I want to own that piece of history! 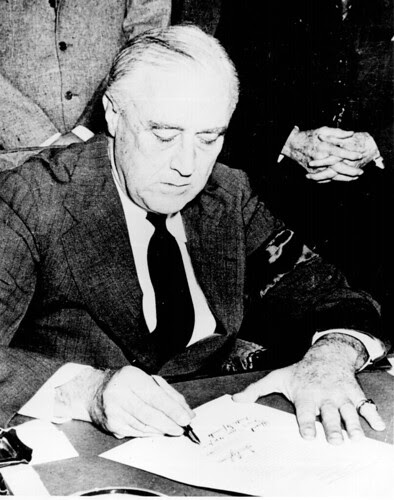 In the end, who am I to judge others who may also want to own and enjoy a piece of history, to sell a historical item for monetary gain, or both?  Sports card collecting is just as stalwart an American institution as capitalism.  However, now that I think on it, I will take a stand.  If you buy these presidential cut signatures for the sole purpose of reselling them for monetary gain, shame on you!  I do hope these cards eventually go to people who will comprehend the true worth of what they own.  After all, I guess even a cut-out chunk of a historical document - without the rest of it to provide context - still proves an affirmation of the lives of men and women who perhaps accomplished greater, momentous things than any of us will ever achieve.  These card companies could maybe stand to do their reverence of history in a less invasive, more dignified manner, though.
Posted by Arno at 17:16 4 comments: 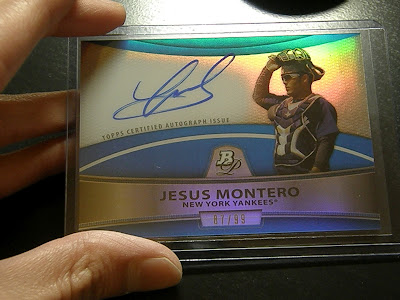 Football (card) season isn't over yet!  I picked up a box of 2011 Panini Plates & Patches and a box of 2011 Crown Royale football at my friend's card shop over the weekend.  If you are ever in San Mateo, CA, make sure to stop by What's On Second on 2nd Ave - and tell Jordan that Arno sent you!  One card alone made for a rather epic box break. 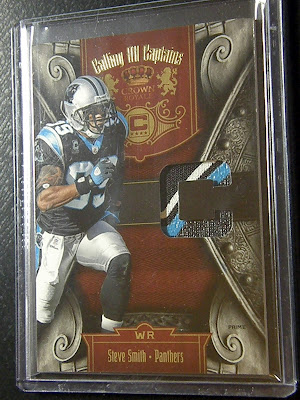 Steve Smith, Calling All Captains prime jersey, #'d 38/50.  There's nothing better than prime jersey cards (unless they are also autographed).  Smith may be a small dude, but he is totally amazing on the field. 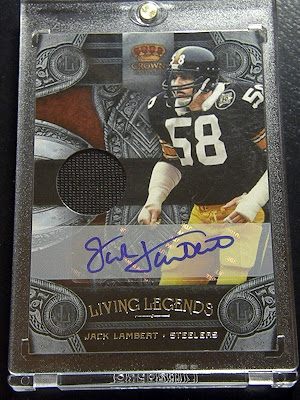 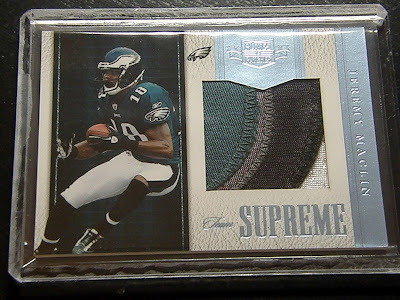 Jeremy Maclin, Team Supreme four-color patch, #'d 18/50.  Maclin is one of my favorite football players, so I was pretty stoked when I pulled this card.  This year's Plates & Patches is still pricey - about $140-150 depending where you buy it - but like last year's release, it is a fun, medium-risk, potentially high-reward break.  Which brings me to... 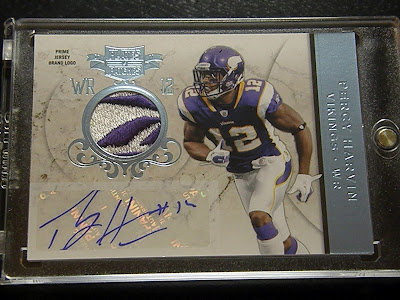 My first thought when I saw this card: "What the shit is this?  It must be low-numbered."  Then I turn it over... 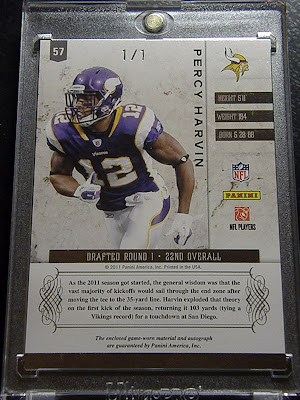 Oh... that makes sense.  Percy Harvin, prime jersey brand logo auto-relic, #'d 1/1.  Wow!  Look at that fat Reebok logo.  This card is the first true "1 of 1" card I've ever pulled from a pack.  That is, it is not a printing plate or a redemption (I got a redemption for a 1/1 cut autograph of Sammy Baugh a while back - some of you may remember it from the old I'm Ballsy blog.)  Sweet!

Well, that was exciting!  I am still awake because I am dreading a visit to a new dentist in the afternoon.  It's not that I'm afraid of dental work, but rather the fact that I've had some truly shitty dentists in the past.  Kind of wish I sued for malpractice.  Hope this one is good!
Posted by Arno at 03:58 4 comments:

I'm Ballsy! Is back!

I've decided to stop not blogging.  I thank Josh from Dodgerbobble and Greg from Plaschke for encouraging me to get back to it.  My thoroughly unplanned hiatus came about through very excellent reasons, which I will not detail here - because it is sort of boring.

Some of you may have noticed my failed Tumblr experiment yesterday, which literally lasted less than a day.  Glad to be back to Blogger!  I should have some new posts up soon.  Hope you like the new design and font.  It might not look right on Google Chrome if you have ad-blockers on it.

My old I'm Ballsy blog is archived here: imballsyOG.blogspot.com.  There you will find a bunch of broken photo links and my cute guinea pigs.

Who's excited for baseball season?!

she sells piggies by the seashore
Posted by Arno at 19:40 3 comments: