Here is part two of my haul from Dan's The Other World big group break.  I forgot to mention in the last post that Dan has nice bumper stickers for his blog: 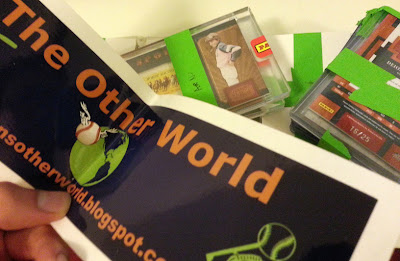 Thanks for the sticker, Dan!

Here are all my cards from the 2011 Leaf Valiant boxes, and my favorite one from 2007 Tristar Prospects Plus: 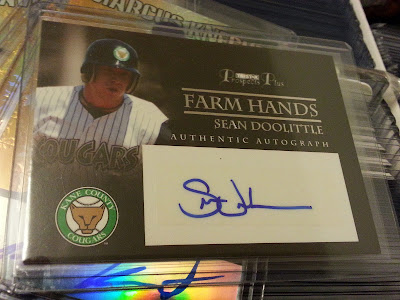 Sean Doolittle prospect autograph from 2007 Tristar Prospects Plus.  If you did not know, Doolittle is a converted relief pitcher for this year's surprising (to most people, at least) Oakland A's.  Very cool.  I was looking for a Sean Doolittle auto, and it was a pleasant surprise to get one in the group break. 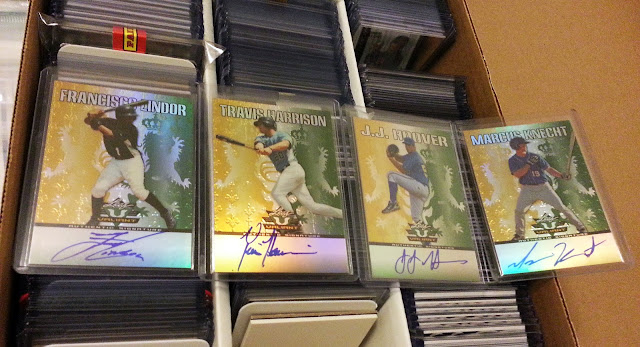 You might have to click on this photo to enlarge it for a better look.  Very nice prospect/rookie signatures from 2011 Leaf Valiant.  From left to right: Francisco Lindor (shortstop, Indians #1 prospect), Travis Harrison (Twins), J.J. Hoover (Reds rookie, pitched well in the bigs this year), and Marcus Knecht (Blue Jays).


I really have to remember to take photos of new cards before I store them away.  One more post about Dan's group break to go!
Posted by Arno at 16:49 2 comments:

Last month (October) saw the conclusion of the most lengthy group break that I have ever participated in.  Dan over at The Other World hosted the massive group break, in which we busted open one box of 2011 Leaf Ink, two boxes of 2011 Leaf Valiant, two boxes of 2010 Panini Century Collection, one box of 2009 Upper Deck Signature Stars, and two boxes of 2007 Tristar Prospects Plus.  The idea for the break started in April, but because it was a complicated draft-style break, it took a while to finish.  I did, however, have fun and enjoyed the rather epic group break.  I am also satisfied with the cards I received from it.

I'll post the cards I got in separate parts to keep things more organized.  Here is what I ended up with from the two 2010 Panini Century Collection boxes: 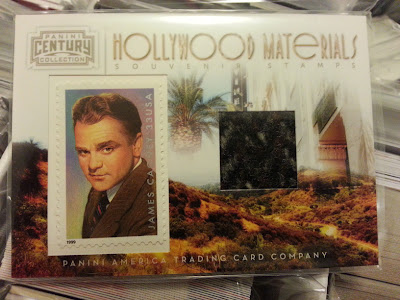 James Cagney, Hollywood Materials Souvenir Stamps stamp-wool thing, #'d 021/250.  This is the third time I've pulled this card; it is currently listed on Ebay.  I think the material is part of a scarf or a sweater.  I did not want this card, as I've owned one at two previous times, but it fell to me in the draft. 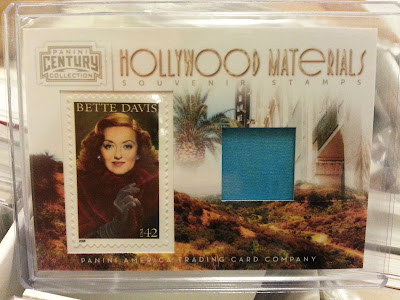 That's a nice hue of blue.  Bette Davis, stamp-relic, #'d 020/250.  I have never actually seen any of Davis' films, but it is still nice to have a relic card of an American screen and stage legend.  What I have seen are her hand prints at Grauman's Chinese though.  Does that count? 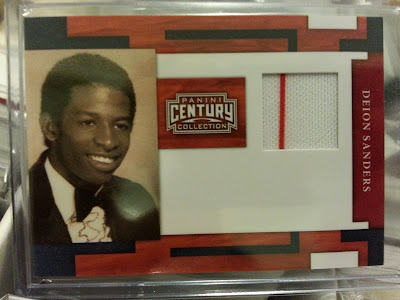 Deion Sanders jersey swatch, #'d 16/25.  Seems pretty rare for a standard base jersey card variation.  I think the swatch is from a Reds uniform?  There are no multi-sport pro dudes anymore, which is disappointing.  I was always delighted to pull Deion Sanders or Bo Jackson cards in my youth.  Michael Jordan too, naturally.  Pinstripe! 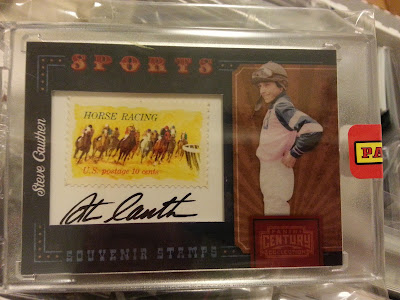 Steve Cauthen, Sports Souvenir Stamps stamp-auto, #'d 26/66.  I have a shifting fascination with horse racing, horses, and jockeys.  There has never been a catalyst for me to become full on obsessed with horse racing though.  However, I could easily see myself following and also betting on it.  On the one hand, I really enjoyed the time I went with my girlfriend to watch the races at Golden Gate Fields in Berkeley.  On the other hand, my main interest in horses is that I want to eat one.  So there's that. 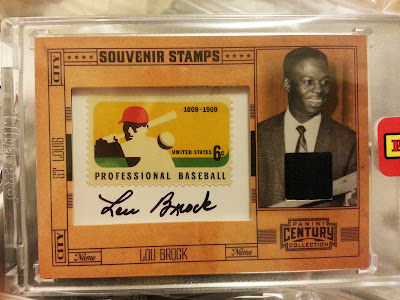 I might run a contest to give away some of the cards I received after I finish posting the rest of my group break haul.  Thanks to Dan at The Other World for running the break!
Posted by Arno at 16:45 3 comments:

I am so lazy at posting.  It is disgusting.  I recently did a sponsored box break for 2012 Press Pass Legends Hall of Fame Edition, courtesy of Atlanta Sports Cards.  Here is a link for the video break.  But, why watch a poorly filmed and awkward video box break when you can just view the awesome high-quality photos I am about to post below?  I will mostly let the cards speak for themselves. 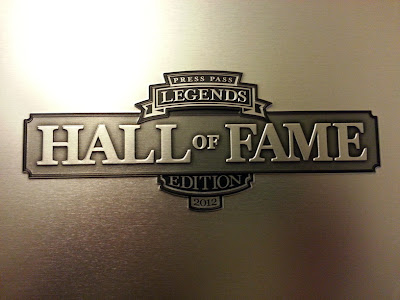 Here is the tin in which the cards came packaged.  It is actually a very large box to hold a small pack of four cards. 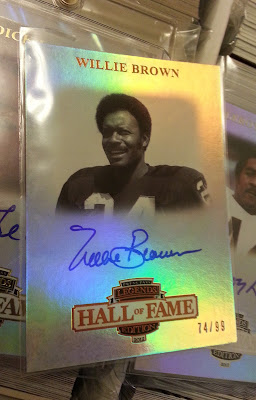 Willie Brown!  Hall of Fame cornerback for the Denver Broncos and Oakland Raiders, #'d 74/99.  All the cards are shiny refractors.  This is the second Willie Brown autograph card I've pulled, and both are going to be listed on Ebay soon. 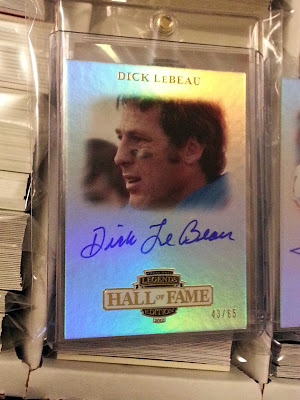 Dick LeBeau, #'d 43/65.  A great defensive player for the Detroit Lions and defensive mastermind, currently with the Pittsburgh Steelers. 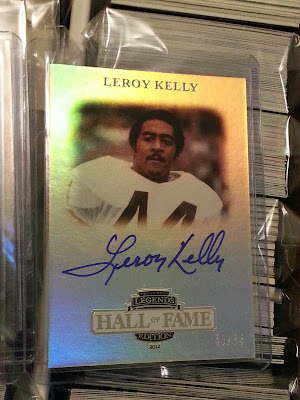 Leroy Kelly, Hall of Fame running back for the Cleveland Browns, #'d to 75.  I greatly enjoy watching the new Browns star running back, rookie Trent Richardson. 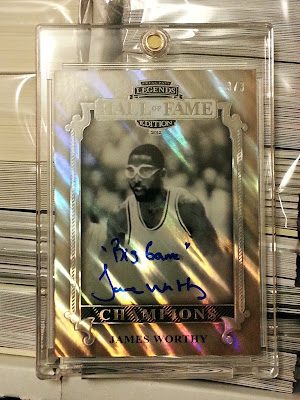