Man, it is a pain to manage multiple addresses.  It was easy to decide where to have my recent sports card purchases shipped though - to me!  These are some recent pickups: 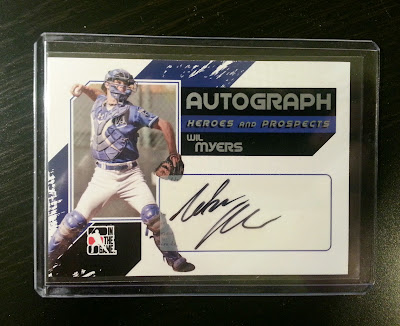 My main rule of buying prospect cards?  Get them for cheap!  I sure missed the boat on Matt Harvey and Shelby Miller, as I half-assedly tried to obtain their prospect autograph cards for the better part of two years.  Nevertheless, Wil Myers is a good one to have!  I like ITG products. 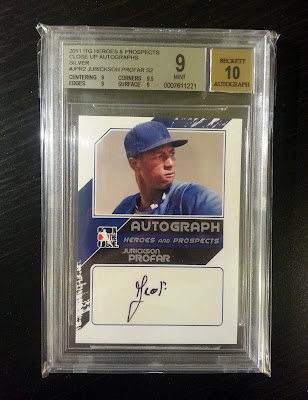 I was so pumped to have a job again (that is, money) that I went a little crazy.  Here's a graded Jurickson Profar prospect auto.  It is, indeed, a very nice card in very nice condition, Beckett grading be damned.  I'd consider busting this thing out and sending it to SGC purely out of spite.

I'm back!  I guess.  I have barely been up here in northern California for a month and I've already had some incredible ups and downs in my personal and professional lives.  Maybe semi-regular crad blogging will signal a preliminary return to normalcy?  An awesome thing I should mention though - I just got back from a metal show at Slim's in San Francisco where I met James Hetfield of Metallica and shook his hand.  Very cool!  He was in a rush to get into a black SUV with tinted windows, so my friend Jake and I had no time to get a photograph with him.  Still, it was pretty awesome nonetheless.

For this, my first blog post after moving back to the SF Bay Area (boo), I have decided to post a holy grail card I very recently acquired: 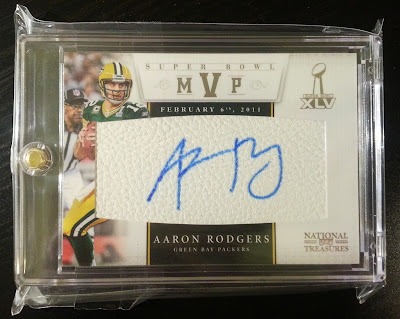 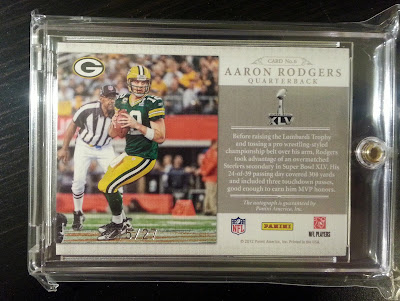 Well, now I can stop collecting.  I (mostly) kid, though.  As we collectors are wont to do, I'll inevitably find something else of interest to collect.  Next up, an Aaron Rodgers rookie auto?  Also, the Dodgers are playing poorly.  At least Matt Kemp still finds a way to be awesome.