Los Angeles does have one team in the playoffs...

The Los Angeles Galaxy already clinched a spot in the Major League Soccer playoffs, that is.  Game 7 of the NLCS is tonight.  If our rivals, the SF Giants, win then they will be playing against the Detroit Tigers in the World Series.  Sigh, Dodgers.  Well, at least there's the Galaxy to root for (they did win the MLS Cup last year, in fact), and some sweet card pick-ups to dull the pain! 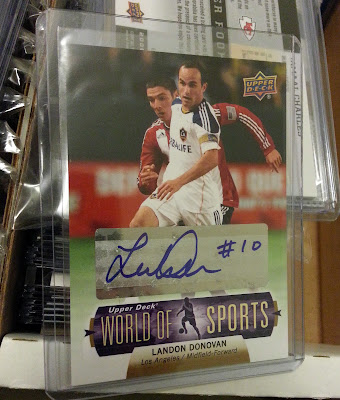 2011 Upper Deck World of Sports, Landon Donovan autograph.  I like that Donovan wrote "#10."

Landon Donovan is probably the most well-known currently active US soccer player, though Clint Dempsey is definitely making his name in the English Premier League.
Posted by Arno at 13:09 No comments:

On this date, 24 years ago, the Dodgers won their most recent World Series title against the Oakland A's.  Orel Hershiser had a hell of a season that year.  He won the Cy Young and World Series MVP awards, among several other accolades.  It took me a while to acquire an Orel Hershiser autograph card, but I think this one was well worth the wait. 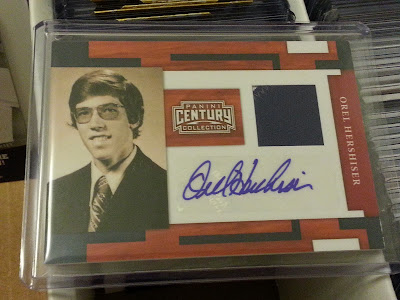 These cards are from two different Daily Dimwit group breaks.  The volume of photos I've been taking of new additions to my collection has decreased, mostly because my camera (a Samsung Galaxy S3) is not the most effective thing to use for these purposes and the lighting in my room is unfavorable.  But, on to the cards! 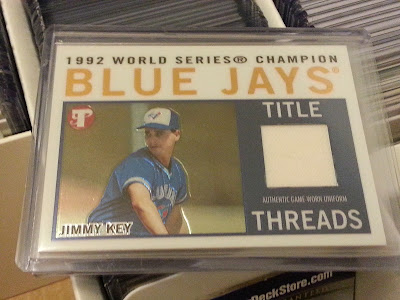 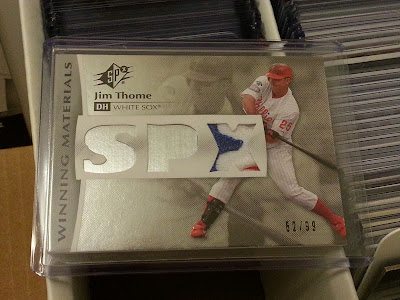 This one is awesome.  2008 Upper Deck SPX, Jim Thome Winning Materials patch, #'d 52/99.  It is definitely one of the best-looking patch swatches I own.  From July break. 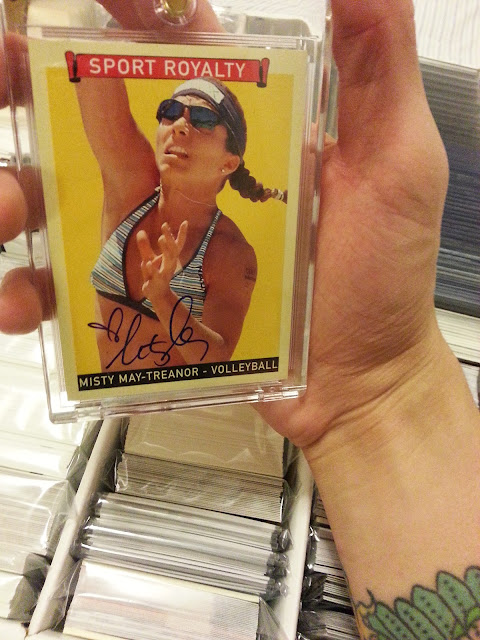 That is one awesome autograph card though!