On this date, sixty-two years ago, Clem Labine made his major league debut with the Brooklyn Dodgers. 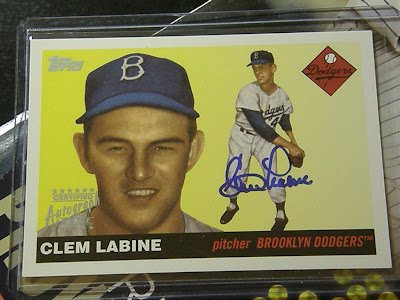 Labine could have pitched against Bobby Thomson in the 1951 National League pennant playoff, but that duty went to Ralph Branca instead.  The shot that followed was certainly heard around the world.  You might remember that I pulled a Bobby Thomson cut auto not that long ago.  Labine was a paratrooper in World War II and a great relief pitcher as well.  Dem Bums!